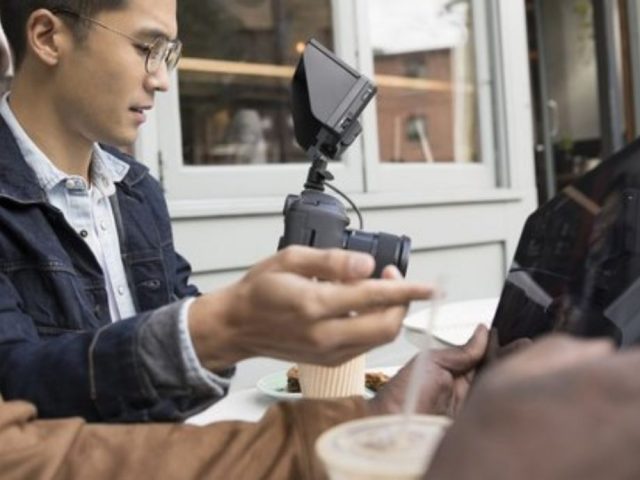 Great Read! – These 7 Video Tips and Tricks Will Help Get Your Website Noticed

Video is big. But if its sheer irresistability were its only criterion, Youtube could have gone with the tagline 'No one can watch just one.

Parth Misra Guest Writer, Entrepreneur.Com It’s just another day at work: Spreadsheets, conference calls and emails abound. Come noon, and you can’t help but take a quick break. Then, something happens: A sneaky push notification on your mobile catches your glimpse: A friend of yours has uploaded a video that’s getting a lot of attention. Smitten with curiosity, you click on the link, and the next thing you know, it’s 1:30 and you’re already behind on your schedule. Don’t feel bad, though; we’ve all been there. If the sheer irresistibility of videos were its only criterion, Youtube could have gone with the tagline “No one can watch just one.” Certainly, the statistics point in that direction … Now, the irony that you’re reading about how effective video is isn’t lost on me. For, clearly, video works, and for a good reason too. As humans (and pre-humans), we have been visual creatures for who knows how many millions of years; and we're attuned to visuals far more than than text, which we only became acquainted with some 10,000 years ago. Yet, today, in the 21st century, video's irrestistability isn't all you have to put into it to make your business soar. Here are some video hacks that will take your website to new heights in 2019: Use videos on your landing pages. Why tell your visitors what you have to offer when you can show them all it can do? When viewers watch a (good) video, they usually want to finish it before moving to something else. EyeView digital found that videos on landing pages can increase conversions by 86 percent, which is why videos make the ideal content for getting more subscribers or sales. Not only does a video presentation with a powerful voice convince people to listen, but it gets them to stay longer, as well. A well put-together video sales pitch can also engender trust in your brand, as it will give you more creative space to play with. Use videos on your product pages. Seeing a product live in action is better any day than reading about it in a long paragraph filled with jargon and marketing-speak. Check out these examples of videos being used for promoting products for some ideas. Use VR/360 content. Video, like any other medium, sees frequent iterations, and brands that leverage those advancements can reap rich dividends. VR happens to be one of them. Despite naysayers, virtual reality, including "360 videos," continues to gain market share. While, a few years ago, 360 content was fairly expensive to create, these days it can be made on a low budget, as well. Certainly, 360 cameras are the preferred medium for shooting such content, but you can easily make such videos with lesser equipment, as well. Migrate to HTML5. HTML5 is extremely searchable and makes it easy to implement both native mobile support and full browser support. HTML5 also brings numerous advantages that are hard to ignore, especially for videos. Users need not have any special plugins installed on their browsers to view HTML5 videos, either. In fact, almost every browser has default play, pause, seek and volume functions. However, if you wish to harness more advanced functions, you can look into dedicated html5 video players. Insert lead-capture forms directly into your videos. It’s nice enough to insert videos directly into a landing page, but wouldn’t it be cooler if you could just collect leads as a presentation is playing? That's totally possible. Hubspot offers a lead-collection form for videos that can be used to capture leads from within them. Wistia even found that inserting a lead-capture form during the first 10 percent to 20 percent of your video yields a 38 percent to 43 percent increase in conversions. Use a human face as the thumbnail. More specifically, use a smiling human face, or one expressing an emotion that goes with the subject line. Doing so not only humanizes the content, it builds familiarity and trust; and the expression itself will resonate with the audience, which in turn will generate curiosity. Play around with autoplay. Turning a video on without the user’s permission is a slippery slope; however, this does make sense in some cases. For instance, brand -building videos on home pages that turn on automatically are becoming quite common. Youtube has gone with a default autoplay option for its videos as well. Final thoughts While simply using videos as content is smart, remember: People know this, and chances are that quite a few of your competitors are already trying this out. Using out-of-the-box strategies therefore can help you institute that much needed edge in your marketing efforts. Source - https://www.entrepreneur.com/article/325904
Read more...

Great Read! – A Business Perspective on the Impact of Production Quality on Video Advertising

Serenity Gibbons Guest Writer, Entrepreneur.Com The adage, “you get what you pay for,” doesn’t always hold true. When it comes to video advertising, Wistia, a video software company, found other factors drive impact more so than the production cost. In their recently released report, “Does Production Quality Matter in Video Advertising?”, the Wistia team concluded that large and small businesses alike need to consider more than price before they assume video advertising exceeds their market budget. Research Method Wistia wanted to answer the following question: Do companies have to spend hundreds of thousands of dollars on video production to get a return or can they use something as simple and low-cost as an iPhone to create compelling ads that engage viewers? To find out, they worked with Sandwich Video to create three two-minute videos for Wistia’s video creation tool, Soapbox. They used similar audience targeting and ad copy for each and launched the ads on YouTube and Facebook. However, each of the three videos was produced for a very different price: $1,000, $10,000, and $100,000. The research focused on two key performance indicators (KPIs). There were Cost Per Install and Cost Per 25 percent View. These KPIs provided a way to calculate the return on investment (ROI) as easily as possible plus directly relates to a company’s bottom line. The advertising budget for this study was split across three ad types that included direct response video ads, sequential ads and video carousel ads. For example, with sequential advertising, a person viewed the $1,000 ad, then they would be shown the $10,000 ad next, and so on. They also used the Facebook carousel ad format, which allowed all three videos appear at once so that viewers could watch and compare each one. In terms of targeting, Wistia used two core targets on Facebook, which were lookalike audience based on a customer match and an engagement audience targeting those audience members who tended to watch less than 75 percent of another video. With YouTube, the targeting strategy varied from the one used for Facebook due to the more complex nature of this video platform. The focus was in-market audiences who previously searched for advertising, marketing, or video software in Google; custom intent based on non-brand search terms; topics related to marketing, sales, and video software; and remarketing in terms of those audience members who previously interacted or watched a Wistia video on YouTube.

Here’s what they discovered after conducting the research: Storytelling means more: Results showed that the $10,000 video performed twice as well as the other two videos. The Wistia team thought originally that the $10,000 version had the best narrative and product alignment. According to viewers, the $10,000 resonated the most in terms of feeling authentic and meaningful versus the $100,000 ad that appeared to be “too polished.” According to one viewer, the most expensive ad felt more like a company was selling them something versus the other ads that felt more like a small business who wanted to connect with them. Just recently, two UK ads for the holidays demonstrated a similar result. More people connected with a John Lewis ad made for 50 pounds (about $65) versus the Elton John ad that cost more than seven million pounds (about $9.1 million) to produce. Although numerous viewers found the Elton John ad to be emotional, more were touched by the other ad because they could relate more to the person in the ad than a celebrity. In returning to results from the Wistia videos, the $10,000 video delivered the best performance across all factors, including targeting, advertising type and ad copy. For example, the $10,000 video had a Cost Per Install on Facebook fo $23.57 versus the $100,000 video which had a Cost Per Install of $77.54. Video production doesn’t need to be polished: The results showed that the iPhone ad performed just as well and sometimes better than the video that included Hollywood actors and film crew. For example, Wistia spent $1.09 on Facebook to get one viewer to watch 25 percent of the $1,000 ad and $1.53 to get the same impression for the $100,000 ad. Therefore, the average Cost Per Install for the $1,000 ad was 30 percent less than the $100,000 ad. There was a slight advantage for the $100,000 ad on YouTube. The conclusion was that there isn’t enough return on the investment to necessarily justify spending $100,000. What this means for businesses of all sizes. The good news for small and large companies alike is that they don’t need to figure out how to create a huge budget for their video advertising campaigns. Overall, the $10,000 video performed the best, and there wasn’t much difference in results between the $1,000 and $100,000 videos. Instead, all businesses should focus on developing compelling stories for their target audiences versus production quality. This is especially positive for small business owners who previously assumed video advertising was not financially feasible. And, the lesson here for big companies is that throwing money at a marketing tactic isn’t the best solution. Key recommendations for video advertising in 2019. With that in mind, Wistia shared some advice for how to approach video advertising in 2019: Source - https://www.entrepreneur.com/article/328835
Read more...